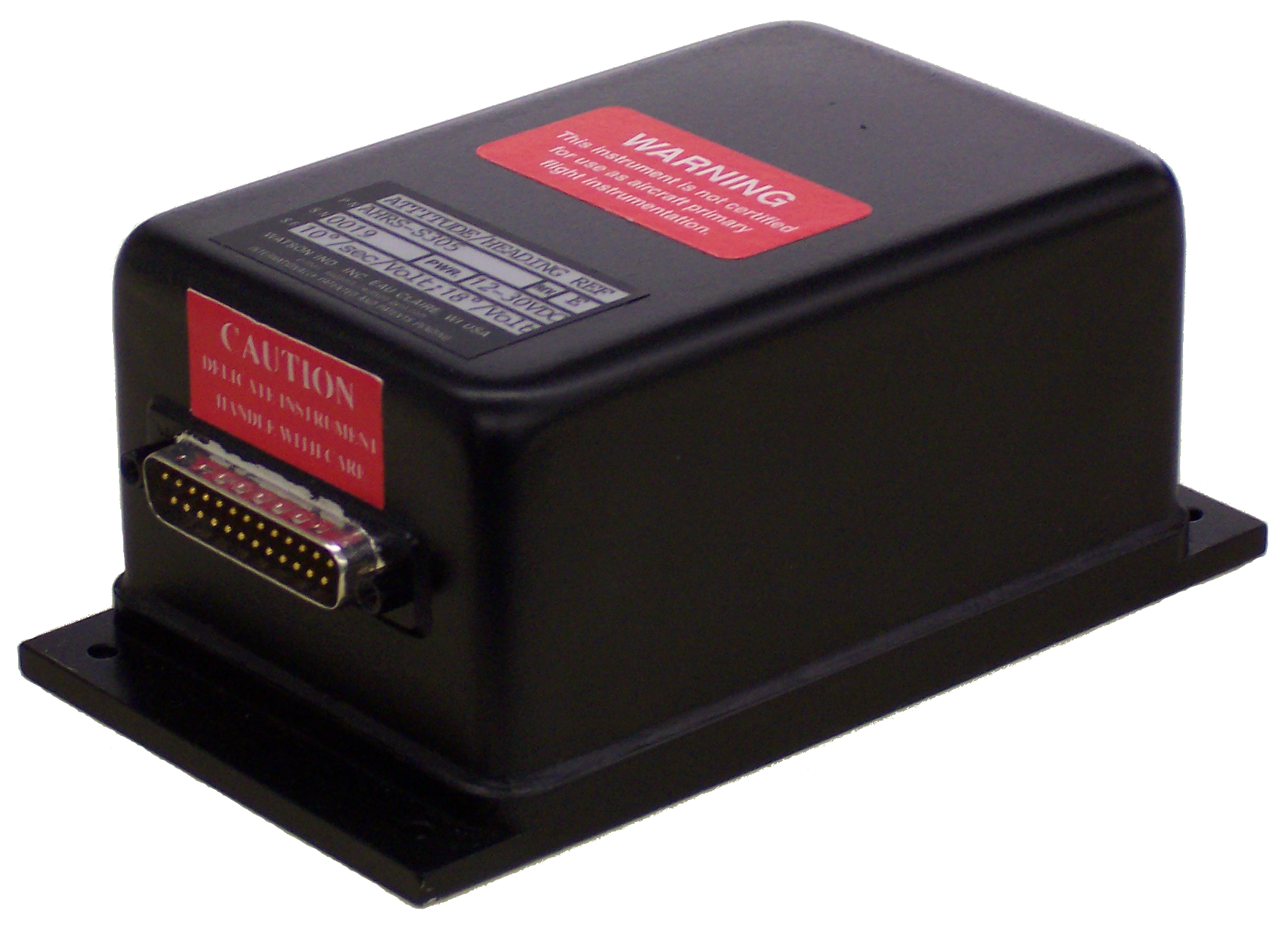 The AHRS-S305 attitude reference provides all the same data as our AHRS-E304. It uses smaller MEMS gyroscopes so the entire sensor suite can fit into a smaller package.

The AHRS-S305 is Watson Industries’ newest Attitude and Heading Reference System. Standard for an attitude gyro system, the AHRS-S305 has a sensor package that consists of three solid state angular rate gyros, three accelerometers, and a triaxial fluxgate magnetometer used as a heading reference. This AHRS differs from our other inertial gyro packages because this sensor uses MEMS gyros that are smaller and less expensive than our line of VSG angular rate sensors. This makes the AHRS-S305 more economical and half the size of the AHRS-E304 attitude reference which uses VSG gyros for enhanced accuracy and signal stability.

The signals from three solid state angular rate gyros are coordinate transformed and then integrated to produce attitude and heading outputs that reflect normal attitude coordinates. These attitude and heading signals are compared to the accelerometers and the fluxgate magnetometer to derive gyro drift error. These errors are filtered over a long time constant and are used to adjust system biases so that the long-term convergence of the system is to the vertical references and the magnetic heading reference. A velocity input can be used to improve the overall stability and accuracy of the system by calculating centrifugal forces and velocity changes on the vertical reference and compensating for them.

This is a microprocessor-based system using a 16 bit A/D converter, a 14 bit D/A converter and an RS-232 interface. The analog attitude and heading outputs are updated 71.11 times per second. The serial interface is highly configurable and provides access to almost all operational parameters.

The AHRS-S305 is useful for land and sea applications. Some examples include control and stabilization of remote piloted subs or antennas, robotics research, and road surface measurement. See our Applications Index for a more complete listing of applications.