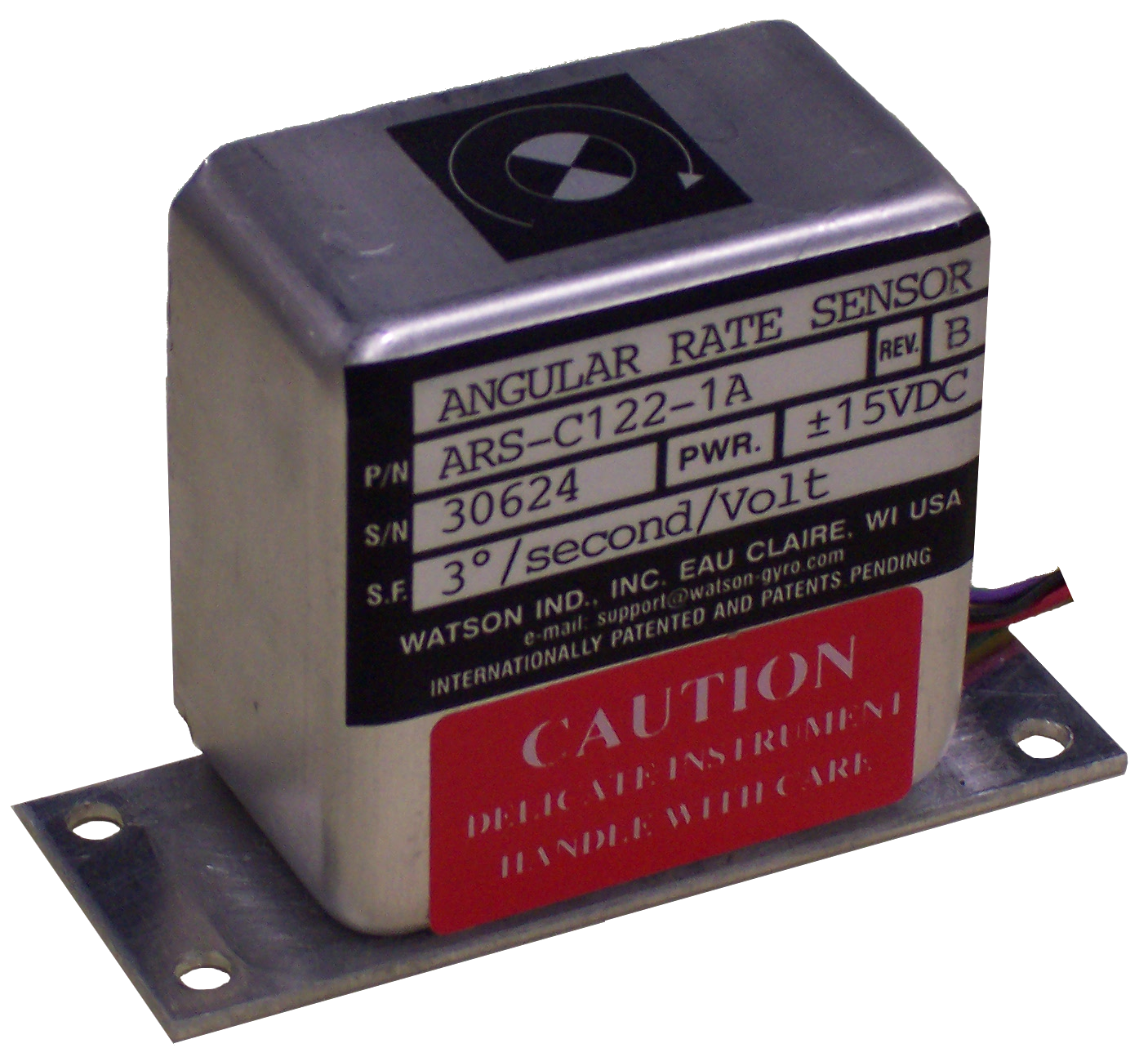 The ARS is our baseline gyro model. This angular rate sensor is small, low power, and high reliability. Rate ranges of up to 300° per second are supported.

This solid-state angular rate gyro has a sensing mechanism consisting of piezoelectric bender elements in a “tuning fork” configuration. The drive elements are resonantly driven in opposite directions. When a rotation occurs, the momentum stored in the vibrating elements causes an out-of-plane bending force (called Coriolis force) that is demodulated to accurately represent the rotation rate.

These angular rate gyros have no moving parts, no detectable hysteresis, quick startup, and are low cost since the gyro is electronic rather than mechanical. The preferred configuration made by Watson Industries is a piezoelectric assembly that senses angular rates about its long axis. There is no significant hysteresis or threshold in the angular rate gyro since there is no rotating mass or friction. Resolution is system noise limited to 15mV RMS maximum at 50 Hz bandwidth. The effects of external noise on the gyro are minimized with the unique “tuning fork” design that responds to rotational motion and rejects linear motion associated with vibration.

Since vibration normally contains angular motion as well as linear motion, care should be taken when mounting the angular rate gyro to keep this rotational signal isolated (a 0.01° rotation in 0.01 seconds is equivalent to 1° /second). The absence of moving parts gives the angular rate gyro sensor its durability and long life.

Watson angular rate gyros have traveled in space, visited the Titanic, and have been used by every major U.S. car company. Watson Industries, Inc. has sold tens of thousands of sensors all over the world. The Angular Rate Sensor is used for instrumentation and control for robotics, head and limb motion testing, virtual reality, ship stabilization, automotive testing, and remotely piloted vehicles.